This article originally appeared in the Times of Malta.

After 13 years at Tottenham Hotspur Ledley King announced his retirement from the game in the summer of 2012. A long-term knee injury cut his career short but he is still in love with the game. Spurs’ ambassador was recently in Malta for a short break during which he met up with Gianluca Lia…

Ranked among the best defenders England has ever produced, Ledley King went on to feature in over 300 matches for Spurs and played for his country in the 2010 World Cup.

“In my career I had a lot of ups and downs but injuries are always difficult to deal with,” King, 36, admitted.

“For me, spending almost half of my career down with knee trouble, it was very important to produce as many good displays as I could. One of my favourite moments was the Carling Cup final in 2008 and playing for England was always a special event as well.” 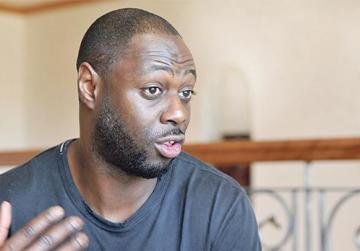 King reckons that Tottenham have made great strides forward in their bid to become stronger and put together a side capable of challenging for the top honours.

“Tottenham are ready for the challenge. We had a top-three placing these last couple of years, highlighting our consistency,” the former skipper said.

“The side is improving all the time and although the new season won’t be easy since we have to play away from White Hart Lane, the players are mentally strong so they should find a way to settle quickly and the manager will help them with that.”

With a new stadium on the horizon, King says the new investment should help the club in making that leap of quality not only in England but also in Europe.

“It will definitely attract new players, for sure,” he said.

“Since moving to the new training facilities five years ago, one could notice the difference.

“We are getting bigger and there is more engagement with the supporters. The boss can focus on winning trophies and lead the side to European football more regularly – the future is bright.”

Becoming bigger and stronger is not Spurs’ only priority. Battling it out with arch-rivals Arsenal is always another target year after year. Spurs finished ahead of the Gunners in last season’s final standings for the first time in 22 years.

“The derby is always a special occasion in north London,” King said.

“It is that game you check first on the calendar when the fixtures are released. Having been at Spurs for so long, I became used to playing in the derbies and you would always want to emerge a winner.

“Everyone is so emotional on the day and sometimes there’s so much tension inside the players that they cannot produce their best.”

King joined the Tottenham academy when he turned 14. It was not easy for him as he was still at school while embarking on a completely different journey.

“The transition from the school desk to the training pitch was difficult. You have to train every day to make progress and that puts a huge load on your body. For sure, you need to stay healthy and away from trouble,” King explains.

“Yet, the development for me was smooth. I had one year as an apprentice and then three years as a youth pro before I made my senior team debut at 18.

“At the time, I played along some of the best stars Tottenham have had including David Ginola who was amazing in what he could do. Then came the likes of Robbie Keane, Luka Modric, and Gareth Bale.

“Zinedine Zidane and Cristiano Ronaldo were formidable opponents and so was Thierry Henry. It was always a great battle, but we sought to play the game correctly.” 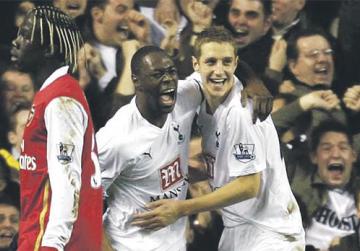 King made his debut for Spurs on May 1, 1999 in a 3-2 defeat to Liverpool. That day he was deployed at left-back. He also played in midfield but his natural position was at centre-half.

“At first you take on different positions on the pitch before you settle into just one,” King said.“I always thought that the role of a central defender suited me best though.

“I got the opportunity to show what I can do when Glenn Hoddle was manager. He was in favour of a three-man defensive set-up.”

But the biggest test for King in his career was to battle against injuries.

“Honestly, I had an operation after my first full game and the knee did not trouble me for the next three or four years. Then, when I was 24, I started to miss a few training sessions and eventually at 26 I was not practising at all as I had to undergo a major surgery,” King said.

“After that I was only trying to stretch my career as much as I could. When Harry Redknapp arrived, he allowed me to manage myself the best way I could and gave me a lot of playing time.

“There were days when I only joined my team-mates before matches. Mentally, I had to be strong and physically I gave my all. I had to encourage myself because if doubts start to creep in then things become difficult.”

It is almost impossible to think that a player could survive the demands of the Premier League with limited time at the training ground and not show signs of struggle or fatigue… yet King was immune to all that.

“During my rehabilitation, I watched a lot of football and studied different aspects regarding positioning and tactics. That helped a lot and I am also grateful that I had experience and a natural talent to rely on,” King said.

It is a football prediction competition for fans where one has to try and guess six wins and a draw and get points for each correct result.

Participants can play for free and they only need to select teams to win not correct score, with points awarded in various but enthralling ways.

Moreover, each week there are cash prizes for best individual and 7OTB team.

7OTB teams can be formed with friends, work colleagues or sporting teammates.

Seven of the Best comprises eight leagues, including Scottish football, engaging more people with different football backgrounds while keeping the excitement for the game alive.

Ledley has a legends team and has so far revealed Peter Crouch as a member.

There is also a competitibeingeen run for people to Join Ledley Challengers team just go to (https://twitter.com/7otbfootball or https://www.facebook.com/7OTBfootball).

“The game is a great addition to the weekend's football” Ledley said.