Wolves can extend their lead at the top of the Championship with a win this evening against Fulham, but if they fail to grab all three points attention will turn to Cardiff City and Sheffield United, who trail by one and two points respectively. If Cardiff also fail to beat Bristol City, the Blades would go top with a win against Hull.

In Scotland, Aberdeen could go top of the Premiership if they win at Hamilton and Celtic fail to beat St. Johnstone. 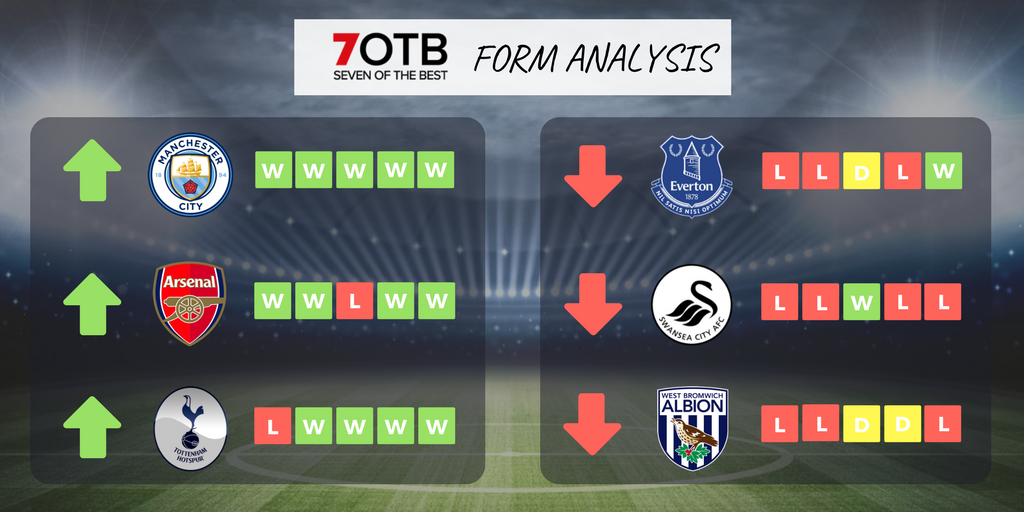 Man City are the only remaining unbeaten side in England’s top seven tiers! Everton have dropped into the relegation zone after losing six of their last eight. 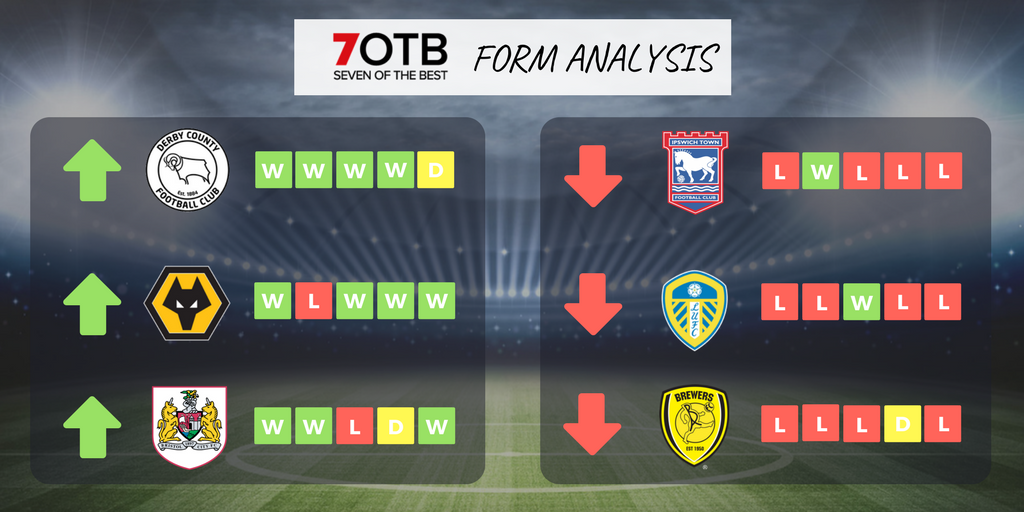 Derby move into the Championship playoffs after four wins on the bounce, while Leeds have lost five of their previous six.

What We Look For in Tomorrow’s Games

Remarkably, Rafa Benitez has only lost one of his previous 58 home Premier League games that have fallen on a Saturday. Bournemouth visit St James’ park tomorrow hoping to make it two out of 59.

Southampton have won their last four home matches against Burnley in all competitions, but the Clarets have already taken points from Stamford Bridge, Anfield and Wembley. A win for them could see them catch Chelsea and Arsenal if neither win on Sunday.

Brighton head to Swansea in search of their first back-to-back away victories in the top flight since 1981, and only the second in their history. Swansea will drop into the relegation zone if they fail to win and Everton or Bournemouth take three points.

Spurs are expected to make light work of Crystal Palace on Sunday after their 3-1 victory over Real Madrid during the week. Mauricio Pochettino has not conceded a single goal against Crystal Palace at home as a manager, and that is not likely to change this week.

In the Championship Reading travel to Derby, who are pushing for the playoff places after a six-game unbeaten run. The Royals have picking up just two wins in their last nine matches and sit five points above the drop zone.

The Seagulls are winless in their last nine away league games at Swansea, in a run that stretches back to 1992. Meanwhile the Swans have only won once at home this season, a 2-0 victory over Huddersfield. It could go either way, but we expect a draw at the Liberty Stadium.

Ledley has gone for a Spurs banker this week, and fancies Chelsea and Man Utd to draw at the Bridge. 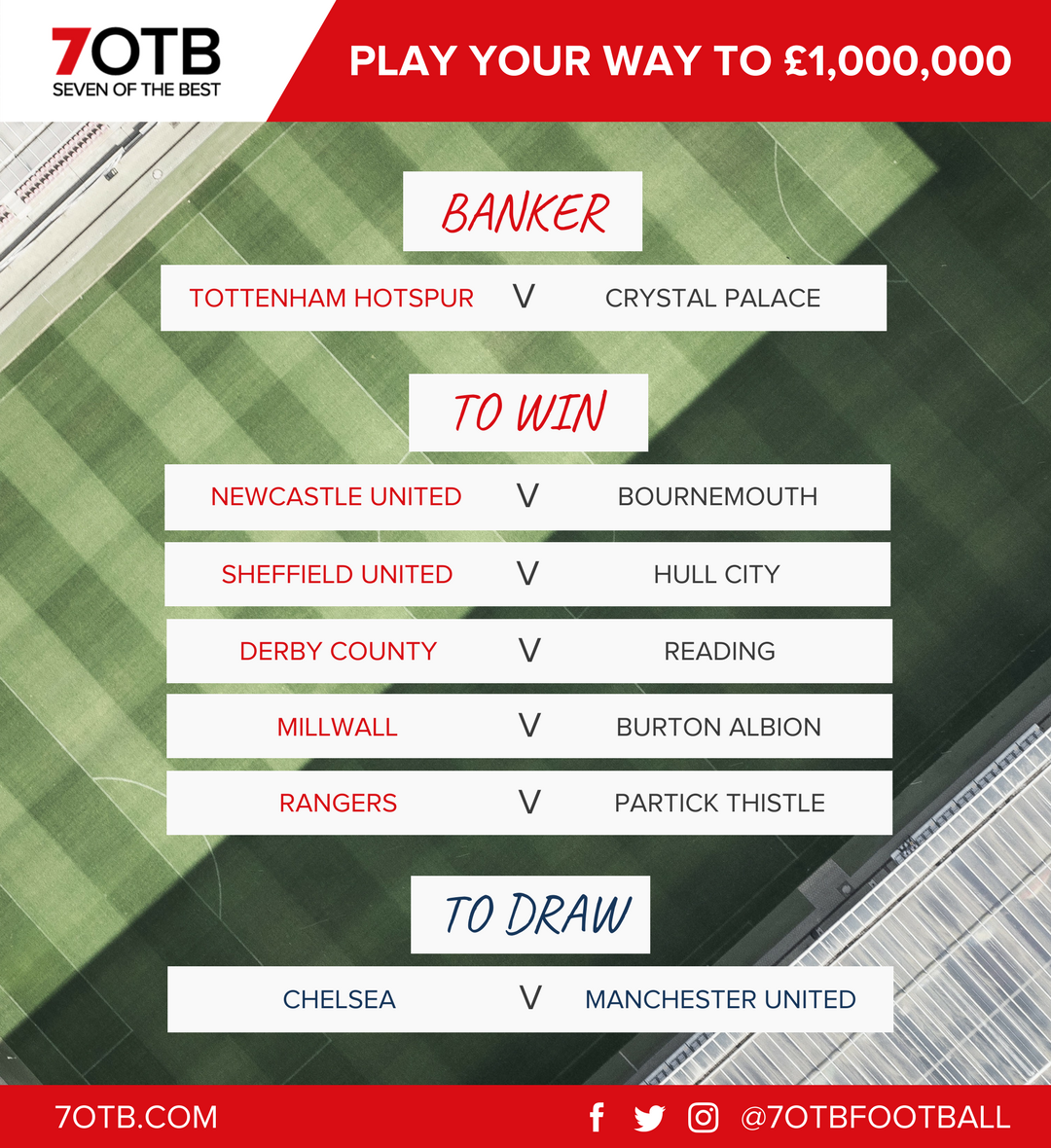 Make your selections before 2:45pm to play for the cash!